This is a city that hardly anyone plans a trip to. If you go to Detroit it’s probably because you have to, either you have family or friends here, most likely out in the suburbs, or you’re here on business, which is a shame because every American should come here at least once. Not just to view the ruins of a once great city which is probably the reason why the few tourists that come here decide to come here, and I’ll admit to being guilty of that, but you should come here because this city represents an important part of who we are as Americans both the good and the bad. The negative is well documented, this is a city that has lost 70% of it’s population, has the highest violent crime rate of any major city, has shed jobs, has long ugly history of race problems, is abandoned in large swaths being reclaimed by the native prairie vegetation, but at its peak this was the industrial heart of America if not the world, no city better represented the American industrial revolution more than Detroit and there was tremendous wealth here and a thriving middle class, and the problems this city has experienced aren’t unique to Detroit they’re the same problems the whole country has experienced over the last few decades just played out on a much larger scale.

The first thing to know when you come here, this is not America’s Roman ruins, yes there are a lot of abandoned buildings and decaying factories but there are still 700,000 people trying to make a living here and an influx of young new residents trying to be a part of the new Detroit, whatever that will ultimately look like, but you aren’t visiting a dead city. There are people here, their are new businesses opening up (yes mostly hipster in one way or another), the properties downtown that have been converted to residential use have a 99% occupancy, businesses are moving back into the buildings downtown and there are pockets like Midtown that feel like Brooklyn once felt. Granted these are just pockets in a vast sprawling city, but still there is life and hope here. Second thing to understand is that this city generated a tremendous amount of wealth and that wealth left behind some incredible architecture and art, there is a rich cultural history still here to see.

For sure, you don’t want to wander all over town, you want to stay in the core and the areas that have been revitalized that have some street life….in a good way, but you should go. And for a city that’s had it as bad as it has, and that’s painted so negatively in the media, the people here are so far I have to say extremely nice for a big city and proud of their city. 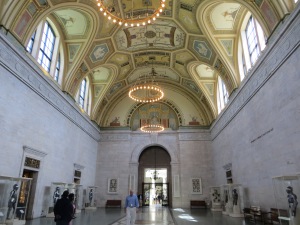 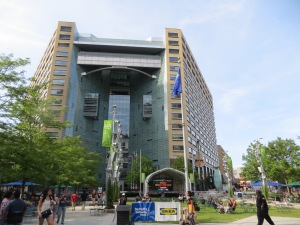 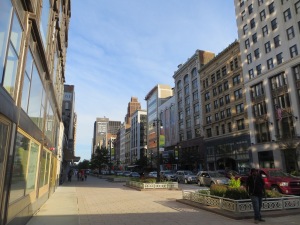 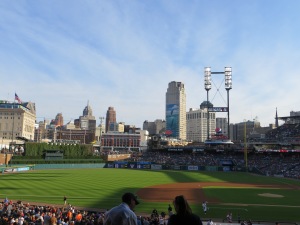