So I’m down in Santa Fe for 5 days, it’s either just slightly off season or maybe because it’s the middle of the week, but it seems pretty much like it’s just me and a bunch of old people on tour groups visiting right now, but that’s cool less crowds. This is the third time in New Mexico in 7 years (second in the northern part) and it really is a place that never fails to blow my mind, not only is it incredibly scenic as is really all off the Southwest, but it’s one of the few truly unique cultural experiences left in America. It used to be there really were large cultural differences between different parts of the US and I think that’s kind of faded away over the last 50 years or so. Sure there are subtle differences, but really is there much difference these days between living in Florida or Arizona? I don’t know if it’s from increased travel, people relocating more, mass market cultural references these days, I don’t know, but not much is very unique anymore, it’s mostly just one big American experience. New Mexico though is one of those places that still stands out. Sure it’s America and you don’t ever forget it or think you’re somewhere else, but the food is different, the culture is different, they proudly stick to a lot of the old ways here, and the blend of Native, Hispanic and Anglo culture is unique and like nothing else in this country.

Santa Fe is a great town, I love it, and you should check it out, but it’s also the most touristed, wealthiest and most “cleaned” up part of the State. The real beauty in New Mexico is getting out of Santa Fe, away from the busloads of tourists looking at Georgia O’Keefe paintings and get out into the small towns and pueblos. You should do all those things, you should explore Santa Fe to the fullest, check out the art galleries that want $2,400 for a wood carving, and see the O’Keefes, but the real magic here is in the old spanish era missions and churches in now half abandoned rural ranching towns, or in the thousand year old Pueblos that have seen so much history and tragedy. It’s in the people, the waitress at a locals only diner who calls you mijo. That’s the real beauty and enchantment of this state.

I’ve also learned things here….like as much as I love Mexican food, eating it three times a day has some severe consequences. 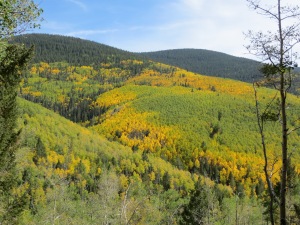 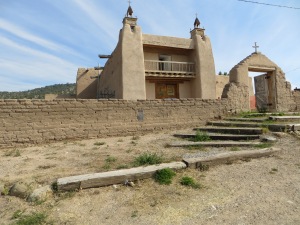