In honor of MLK Day, CNN had a pretty good article about the history of Martin Luther King’s old neighborhood and what was the center of the Civil Rights movement in the South, Atlanta’s Sweet Auburn Avenue and  the larger Old Fourth Ward neighborhood. Most people know Harlem and know about Harlem’s role as the most vibrant center of Black America in the 20’s and 30’s, but fewer people know about Sweet Auburn. Harlem began a long decline by the 1940’s and by the 1950′ s it was this area of Atlanta that was the wealthiest black neighborhood in America. After segregation ended residents and businesses left the neighborhood in droves and the area went into steep decline.

The article touches on the new development in the area, and it is becoming an increasingly more popular neighborhood. I think the article focuses a bit much on who exactly is behind the revitalization, i.e. is it just a bunch of white hipsters. I get it, but I think personally neighborhoods always change character and it’s more important this historically important area remains a vital part of Atlanta rather than  it sits around abandoned. It’s great though (and the article touches on it) that there’s been a mix of businesses opening up, it hasn’t just been a Williamsburgization of the neighborhood.

Either way, it’s a great area to explore, and less sketchy than the article implies, there’s a lot of homeless people yes, but that’s about it. You have the history of the King gravesite and Ebeneezer Baptist Church, the Sweet Auburn Curb Market the old city food hall, before Ponce and Krog and which has been revitalized but still keeps it’s old character, and then the new shops, bars and restaurants, even distillery opening up. Personally I’ll be damn happy when the Georgia Beer Garden opens up 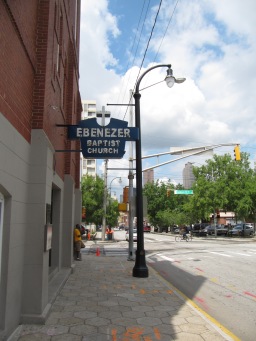 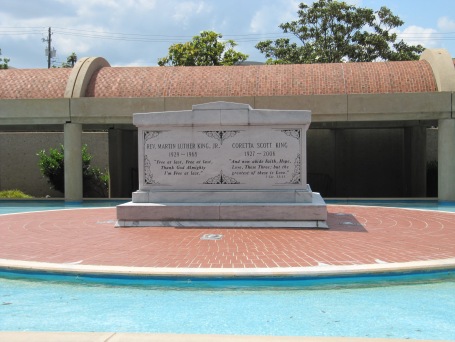 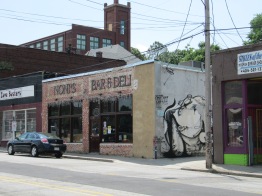