For travel through December 15th that’s booked by December 1, The Palms Turks & Caicos has one bedroom oceanfront suites are going for $7,800 for 7 nights and include: 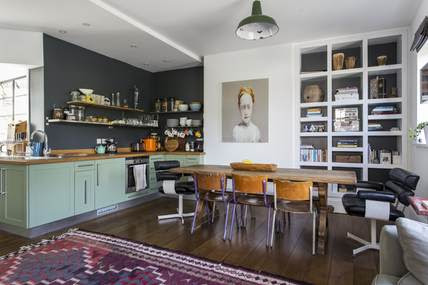 One Fine Stay which is a property rental company is having a massive 20% off sale on all properties in London for August and September.

The Fairmont in Sonoma is having a promotion, stay two nights get the third free and 10% off the best available rates through May 31 and stay three nights and get the fourth free from June 1 to October 31…..and keep in mind staying there your rate includes a free bottle of wine, daily complimentary wine tastings, daily morning guided hikes, yoga and fitness classes and free bike and golf equipment rentals, and in addition you have access to the Sonoma Golf Club, which otherwise is a member’s only club.

Also in California, but Southern, the Terranea Resort in Rancho Palos Verdes is having a deal through September where the third night of a stay is free and stays of 7 nights are more are 30% off. The resort is right outside of LA, between Redondo Beach and Long Beach but out on the little peninsula that juts out into the Pacific situated on 102 acres overlooking the Pacific. Rooms range from standard resort rooms to private villas and bungalows. There are 8 restaurants and bars on property, 4 pools including an adults only pool, 25 spa treatment rooms and culinary and farming programs for guests to participate in. There’s also 6 miles of coastal trails on the property and exercise and yoga classes, and it is the closest resort to Catalina Island (overlooking Catalina actually) which makes for an easy day trip.

The classic Raffles hotel in Singapore is offering 20% off for all Virtuoso clients now through December….I think that’s because it’s rainy season no? Well either way it’s a classic old hotel and the food in Singapore is supposed to be some of the best in the world, so who cares about a little rain.

The Jamaica Inn in Ocho Rios, which if you don’t know it, I think is a beautiful resort, it’s been family owned since the 1950’s and it’s really much more of a luxury boutique hotel than those typical large resorts, like their chef runs a culinary program every Friday where you can go into town to the farmers market with him and then cook up some typical Jamaican dishes with him when you get back to the hotel…..I like that kind of experience way more that a resort. Anyway, they’re having a deal through October (because it’s low season) a four night stay you pay for three nights, a seven night stay you pay for five and a fourteen night stay you pay for ten. Bookings in September and October come with extra food and beverage credits.

Puerto Rico is always a quick and easy getaway from the Mainland, especially from the East Coast, with frequent flights and no customs or immigration to go through. The Ritz Carlton property in Dorado, which now when I was a kid was a…Marriott I think…anyway, it’s an old Rockefeller property and it was bought out a couple years ago and totally redone as a beautiful luxury resort by the Ritz, it’s a huge property with two private beaches, rooms spread out throughout the estate in two story villas. The old Rockefeller home is available with 5 suites and a full time staff, and there are multiple classes and activities on property. From August 11 to December 19 there are deals with longer stays, up to 40% off for 7 night stays, and 4 night stays where the 4th night is complimentary. Yes Puerto Rico’s economy is in the toilet and there’s Zika everywhere, but check out the view!

The Prince de Galles which is an old art deco hotel from 1928 in Paris, just a few blocks from the Champs-Elysses is having a sale for Virtuoso clients, November 1-April 30 stay three nights and pay for two, if you’re looking for a quick little getaway to Paris.

Las Terrazas in Belize is having two deals through December 18, first stay 6 nights and pay for 5, and they are offering 50% off second and third bedrooms added to a booking made at full price.